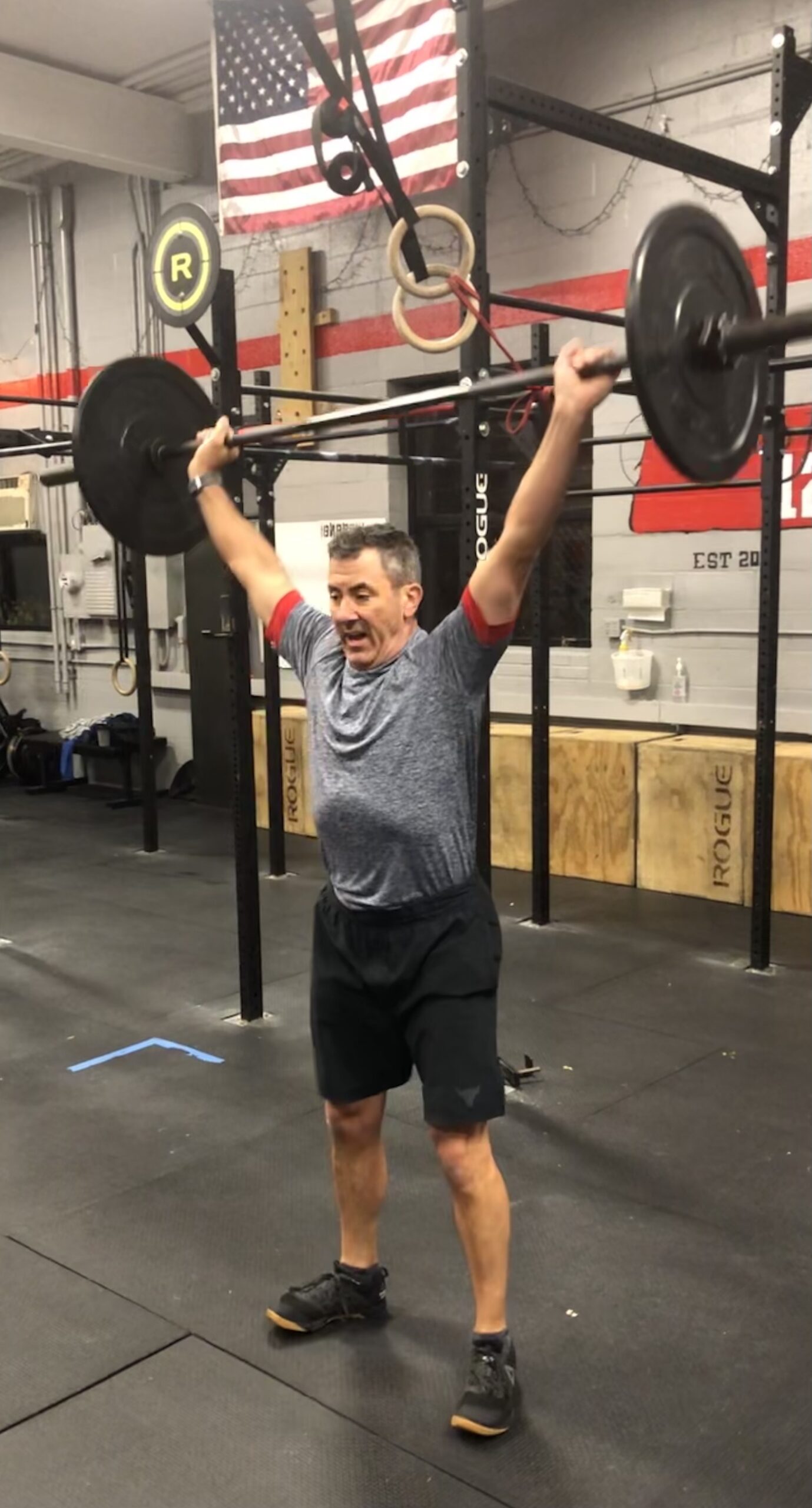 One day last week, Coach Chris asked me to demonstrate one of the warmup moves and said you need to be able to do that to be an athlete of the month. The “light didn’t go on” at first, I just did not want to screw up the demonstration in front of the rest of the class.  I did not know that after class, Coach Suzie was going to tell me that I am the Athlete of the Month for October 2020.  My first reaction was that there are a lot of hard-working members here not only at the class (6:30 am) I attend, but the entire membership at this Box. I turned to Coach Chris and said that had I known this was coming after class I would have done a much better demonstration of the move earlier.

Ever since I walked into a CrossFit Box a few years ago, I knew this is something I wanted to do and be a part of. Olympic weightlifting and Cardio are a great combination. After a few classes, I was hooked, mostly because I always give 100% of whatever I do and want to constantly learn and improve all that I do.

Earlier this year, due to the Pandemic, the previous CrossFit Box I worked out at decided to close for good and I did not know what my next move was going to be. I would like to thank Brian Trippe (former member of my old CrossFit Box) who suggested to check things out here at 128. Brian had mentioned that several other members were already here, which would make it easy for a smooth transition.  In late June, I made arrangements for an appointment, met Coach Ryan and Coach Suzie and did the paperwork right away.  I could not wait to take my first class in early July, which happened to be with Coach Kevin.

One of the first impressions I got right from the first class and Coach Kevin was the “focus and positive reinforcement on technique” of whatever movement was being done in the class.  I have always tried to get “the form” correct and then figured “the weight” would follow.  I have learned so much proper form and techniques from ALL the coaches (Suzie, Chris, Ryan, Kevin and Jon) in the short time I have been a member here and am quite confident that will continue to increase.

I would also like to thank and acknowledge the welcoming feeling that the membership has been here as well, what a great bunch of athletes, which makes it so easy to come to class.  Thank you.

I very much appreciate the recognition of the efforts I put into class but am also humbled by it.  It is also a great motivator to continue to work hard and improve.  Now will I ever get Dubs, that’s another story!

Thank you to ALL the Coaches!